As a world-class vocalist and entertainer, Therese Rose is sure to please your eardrums and soothe your cares away while she serenades you... She has performed almost every genre of music, her favorites being soul, jazz, R&B & funk.

Ms. Rose has recorded with dozens of artists including George Clinton & 420 Funk Mob, Celebrity BBQ Sauce Band featuring Billie Love, and many more. She is also in the process of starting her own voiceover sessions.

Therese Rose has graced thousands of stages in the U.S. and abroad. She has worked with dozens of party bands, blues bands, and even some Haitian and reggae groups. The genres that speak to her the most are soul, funk, blues & jazz. She also has almost two decades of experience recording on several various albums. If you’re looking for a true professional that will always bring amazing quality, look no further than Therese Rose Productions.

In high school, Therese was the recipient of the 1st “Most Valuable All-Around Musician” award for playing the following instruments: trumpet, trombone, french horn, mellophone, baritone, sax, piano, drums & cello. She then decided to dedicate her adult life to helping others reach their musical goals. She taught the low brass section for 10 years at her former high school’s band camp. After studying Instrumental Music Education at Wayne State University, Therese worked at a music academy teaching private as well as group lessons. She became the Executive Assistant at the school and set up, rehearsed and performed with the students in their showcases.

This sultry singer moved to NYC in 2011 and quickly won the hearts of her new fans. Therese performed in and around NYC until fall of 2012, where she then decided to broaden her horizons… all the way to the Mediterranean aboard Royal Caribbean’s Liberty of the Seas. She returned to NYC after the cruise and jumped back into teaching, becoming the Head Vocal Coach and Assistant Director at a reputable private music academy within a matter of months. Therese absolutely loves teaching as much as traveling the world while honing her skills. She left NYC in November 2013 to venture on to her next destination: “Music City” Nashville, TN.

Shortly after, Therese performed on 2 more cruise ships including Holland America’s ms Nieuw Amsterdam as the lead female vocalist with the BB King All Stars. When she was not cruising the seas, she was performing around Nashville at her favorite venues, teaching private music lessons and organizing monthly jams for the students.

In 2015, Therese was asked to be a part of an East African HIV Awareness Music Project, and she was so grateful for the opportunity. This project not only brought a free music festival to the people of these cities, but it became the largest free HIV testing project in Uganda. The following year, HAMP collaborated with other organizations to offer a myriad of other services and tests for the locals.

Late 2016 after returning from her second trip to Africa, Therese missed that amazing authentic music from her hometown: the Motown legendary, Techno-creating, soul inspiring Detroit Rock City! She currently resides in Detroit enjoying the music every chance she gets... 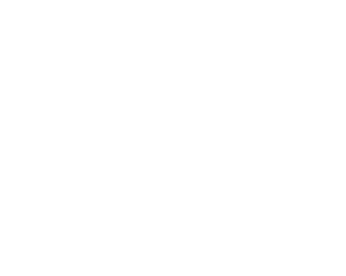 "There are a lot of voices out there, but Therese will turn your head every time. Not only is the singing perfect, but the tone and soul are money!"

"If you really want to FEEL music and let it take over your soul, just watch Therese Rose perform. Her musical talents blend beautifully with the pure, raw, soulful passion that she delivers - simply magical!"

"Love, soul and funk in angelic unison. Transcendental vocal swirls from another world. Inspiration has a name. Therese Rose."

"She's soulful. She's like the light and warmth in the room that all the butterflies are attracted to. When you hear her sing, it cuts through your heart and energizes your soul. To hear her sing, you feel all the life and pain and beauty and sadness and joy all at once. She’s my hero"

A true talent who takes the room along on her journey. She will belt out a tune that fills the dance floor and then sing a heart-wrenching song that brings the place to its knees. Simply amazing.